While the rapid evolution of modern medicine offers innovations in patient care, the resulting advancements are placing a fair amount of stress on our existing service delivery and payment models.

A prime example is orphan drugs — defined by the FDA as drugs and biologics for the safe and effective treatment, diagnosis or prevention of rare diseases/disorders that affect fewer than 200,000 people in the U.S., or that affect more than 200,000 persons but are not expected to recover the costs of developing and marketing a treatment drug. END_OF_DOCUMENT_TOKEN_TO_BE_REPLACED 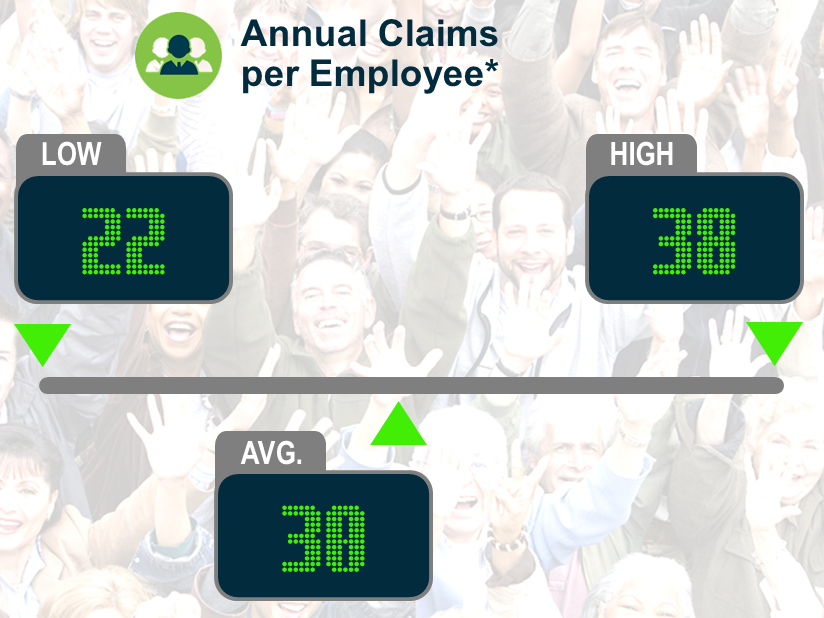 Knowing your organization’s number of annual claims per employee is an important piece in understanding its medical cost drivers.

When viewed in conjunction with cost per claim, you can quickly assess what is driving your per employee plan cost – is it usage/volume (more claims) or price/intensity (higher cost claims)? Once that’s determined, you can focus your management energies in the right place.

Let us know if you would like to learn more about how to improve your score in this area. END_OF_DOCUMENT_TOKEN_TO_BE_REPLACED

On May 5, 2017, the Internal Revenue Service (IRS) released Revenue Procedure 2017-37 to announce the inflation-adjusted limits for health savings accounts (HSAs) and high deductible health plans (HDHPs) for 2018. These limits include:

These limits vary based on whether an individual has self-only or family coverage under an HDHP.

On May 4, 2017, members of the U.S. House of Representatives voted 217-213 to pass the American Health Care Act (AHCA), after it had been amended several times. The AHCA is the proposed legislation to repeal and replace the Affordable Care Act (ACA).

The AHCA needed 216 votes to pass in the House. Ultimately, it passed on a party-line vote, with 217 Republicans and no Democrats voting in favor of the legislation. The AHCA will only need a simple majority vote in the Senate to pass.

If it passes both the House and the Senate, the AHCA would then go to President Donald Trump to be signed into law. END_OF_DOCUMENT_TOKEN_TO_BE_REPLACED